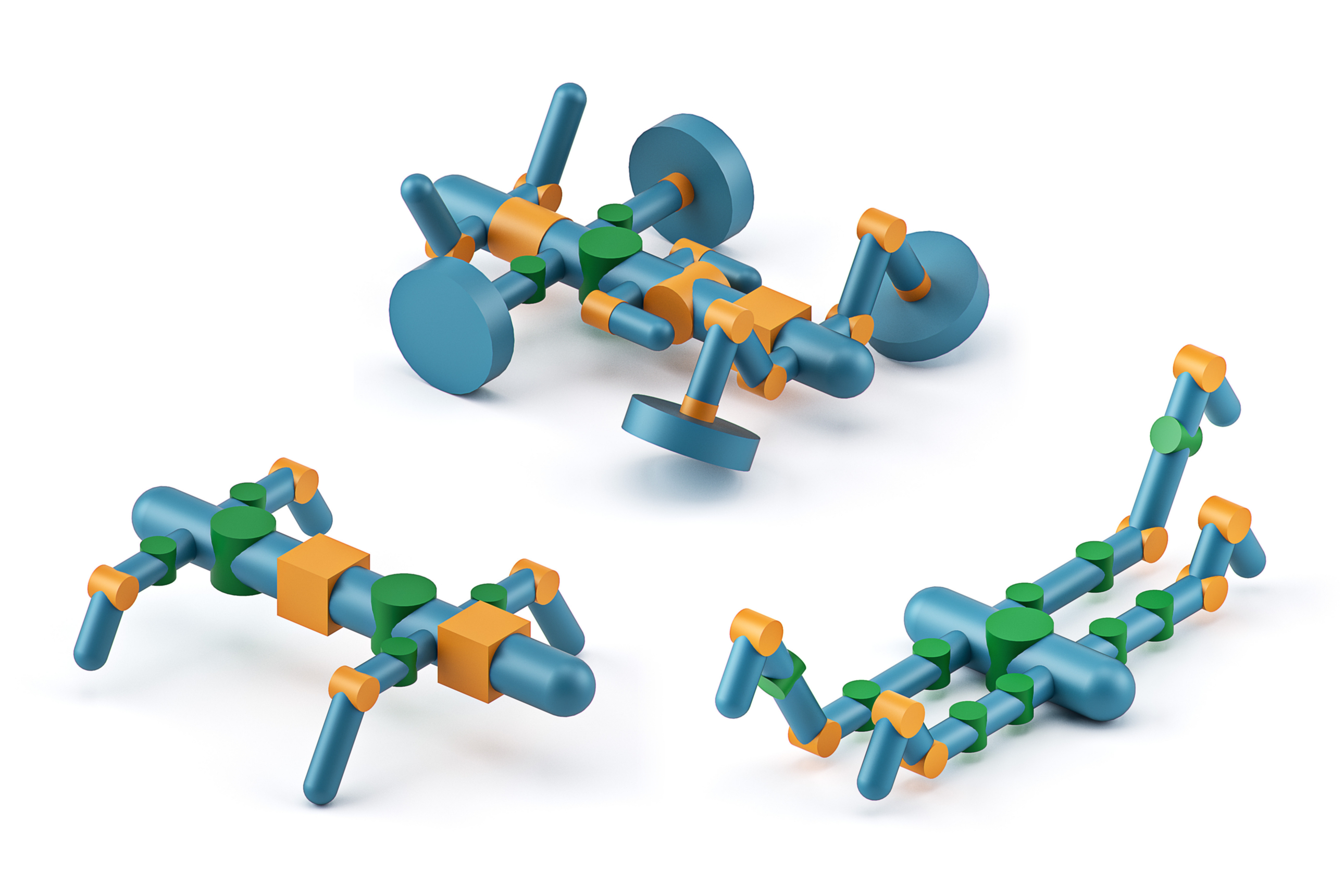 Mock-up of some robot designs created by RoboGrammar.

Whenever it comes to building systems and mechanisms, such as a robot, a critical first step is choosing the right design for the job. Typically this would entail physically building prototypes that can be tested in the lab and then in the field to ensure optimal performance. Now, with the constant increase of computing power, and the complexity of AI it’s possible to create programs that simulate various designs and perform automated testing on them.

Researchers at MIT have developed a system called RoboGrammar to do just that, namely, optimize the structural design of a robot. The system works in three steps. Users begin by defining the problem and providing a number of input parameters for the system to take into account. This includes things such as the available parts to use in the design and the target environment the robot should thrive in.

RoboGrammar then creates hundreds of thousands of potential structure designs. It does this based on a set of rules that the researchers created for the system. The rules are mainly physical constraints to ensure the resulting structure can actually be designed and is logical. This prevents the system from returning a jumbled mess of components.

For the final step the system assigns controllers to the potential robot structures and evaluates their performance. A neural network design is used to learn which designs tend to work best for a given task and improve on future designs.

With the ever increasing use of AI in various fields it’s never a bad time to explore more about machine learning and how it is being used. Lantern Institute offers programs and courses in data science that include introductory topics of machine learning.

Now imagine, receiving having personalized technical training and career coaching by a professional who holds a senior position in the industry you are looking to get into. Lantern provides graduates with personalized training to transition them into a fulfilling career in high growth industries.